I have been asked on more than one occation how a specific photo was created. So on this page I will select a photo and in a brief amount of space, describe how I got from start to finish. Each photo can be viewed in full resolution by clicking on it. Use back arrow to get back to this page.

The following photo was processed using the basic workflow described in the workflow page of this site. However it did not follow it exactly, which is the norm not the exception. 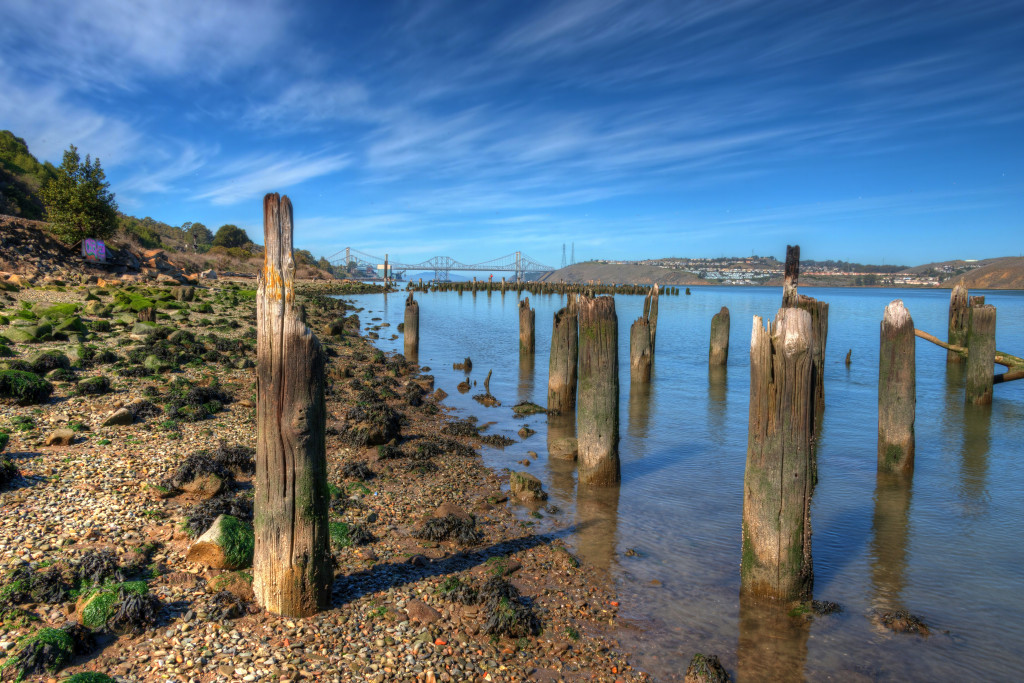 This started life while scouting Port Costa for a future Photo Walk. I had spent time on Google Maps and Google Earth “flying” around familiarizing myself with the general layout. Part of the area I wanted to learn more about was along the shore line as I could see all of these old pilings left from the busy port 100 years ago. The tide was out exposing  the dark colored seaweed and wet shore (aha, something else to consider when taking photos around the ocean and its tributaries). I wanted the “triangle” formed by the front three pilings and foreground to be very sharp and the background to be acceptably sharp. I was using my 28 – 300mm Nikon lens on a D800e body. I shot 5 exposures at f22 with shutter speeds ranging from 1/1000 to 1/60 at 1 stop apart (auto bracketing 5 shots on a Nikon). Here are the 5 exposures. The only thing I did in Lightroom was to put in lens correction. 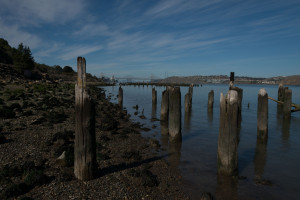 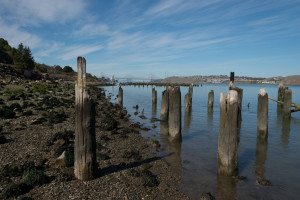 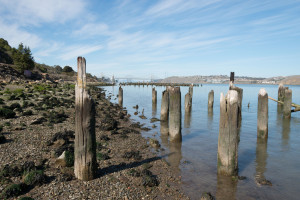 The resulting file from Photomatix: 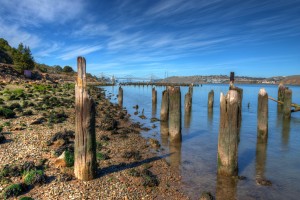 Generally at this point I load the 5 original shots with the output of Photomatix into Photoshop and follow the workflow described on that page. However for this image I decided to do it a bit different and after getting into Photoshop, I went directly to some of the Google tools (formally NIK software) and created 3 adjustment layers (Strong Noise Reduction and Fine Structure from the Dfine 2 tool and Output Sharpener  from the Sharpener Pro 3 tool) and a brightness layer from Photoshop.

So now you have a good idea of how I spent a couple hours yesterday!