How to take a photo with No People.

My landscapes have many things in them, but seldom people. When you think of the locations I photograph, that seems strange. There must be a dozen people on those trails. Well the truth is often there are dozens or more. So how do I end up with photos with no people?

Creating stunning images always begins with planning before the camera shutter is clicked. It begins as an idea for the final image. This includes dealing with distracting items (like people) that may be milling around on the stage of the final image. Software techniques can be used to remove power lines and poles, trash, and other human distractions.

If I cannot get a single exposure without people I use software to remove them. If there are only a few people and they are far in the distance (i.e very small in the final image) normally removing them in Lightroom or Photoshop works very well with no noticeable “artifacts” caused by the image manipulation.

If the people are larger and/or there are many, then I prefer to use the multiple a shot method or long exposure method. Trying to remove large objects in an image (at my skill level) in software generally results in noticeable funny looking areas that are not natural. My goal in all post processing is to create an image so natural that a viewer cannot detect any modifications.

Here is an example of removing people using the multiple shot technique: 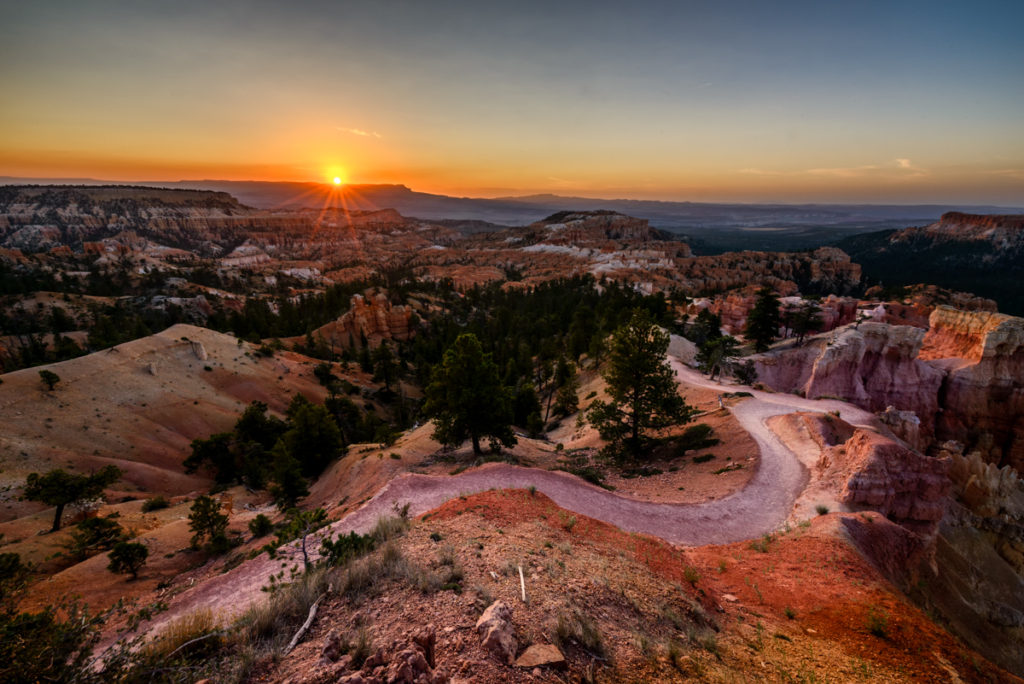 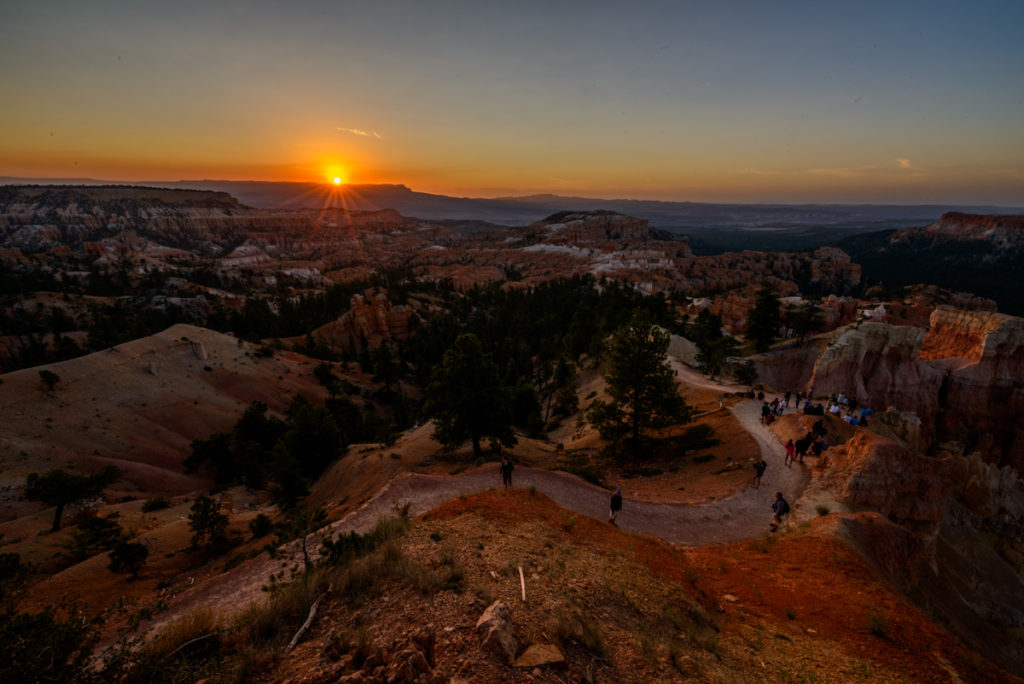 This is how things looked at sunrise. I blended the top half of this image and the bottom half of the image below to create the final image 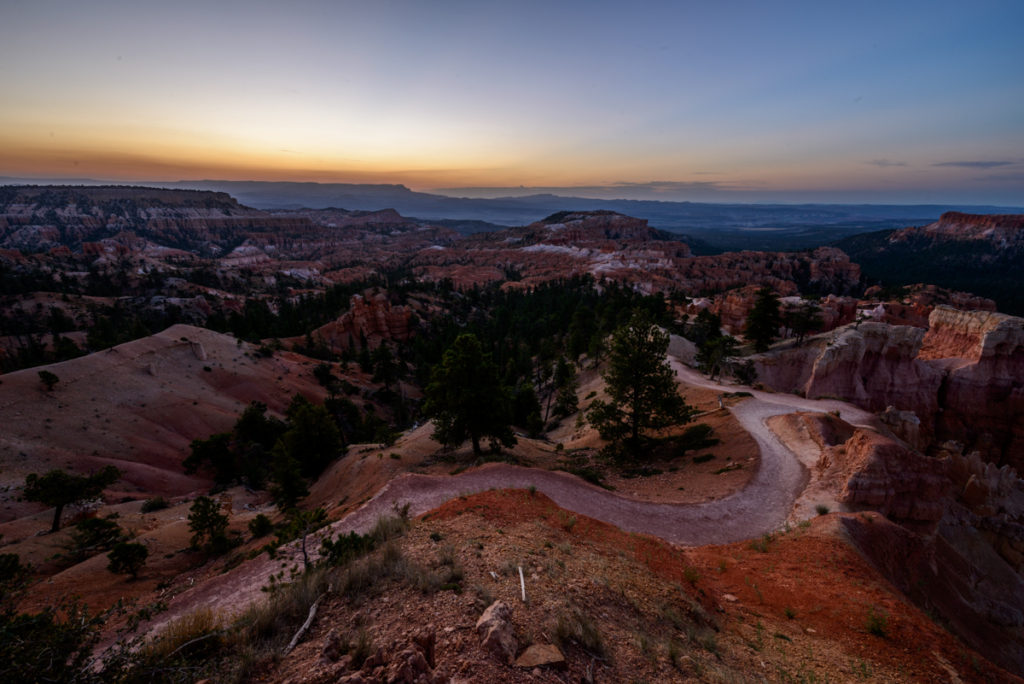 30 min before sunrise, the trail was clear. This image was much colder as it was in the middle part of the blue hour. Before blending I added a warming filter to match the colors at sunrise

Here is an example of using a 30 second exposure to remove people. As you can see it did not work perfectly. If I had used a 2 minute exposure I think it would have been perfect. 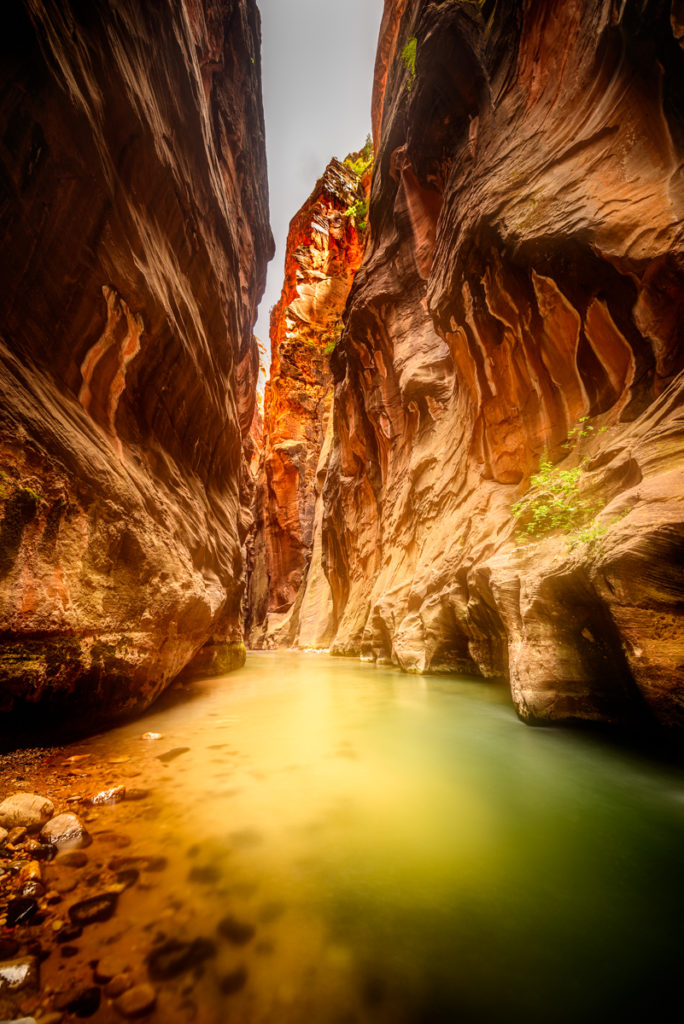 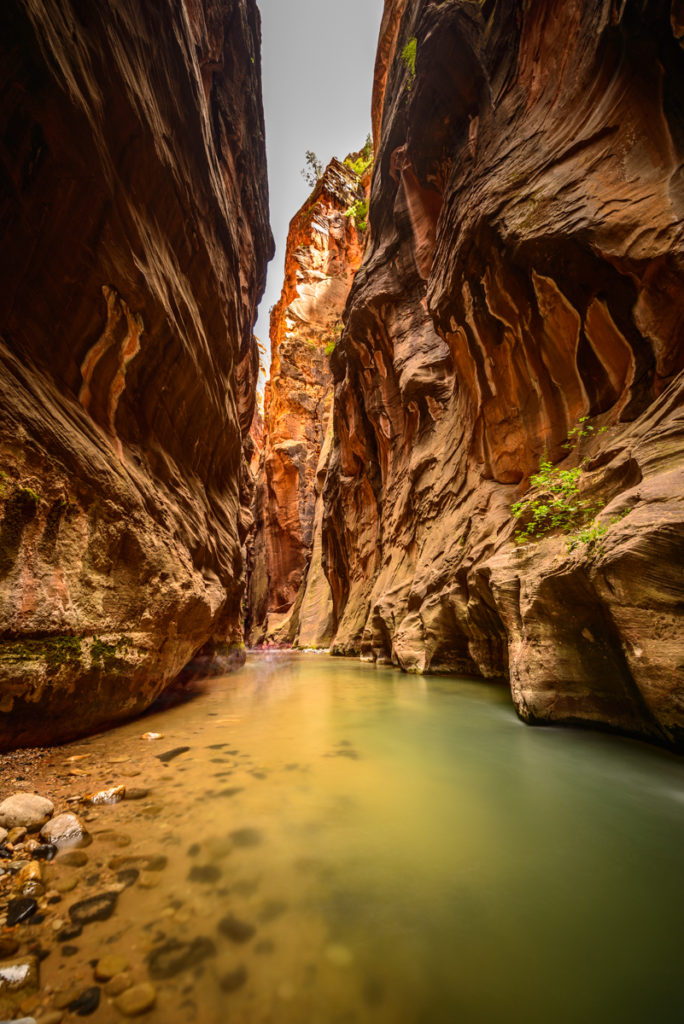 30 Sec image. There is a small streak caused by people walking up the river near the left top of the water.

In this long exposure image I had to use Photoshop to remove the colored streak caused by people waling up the river. I also added a warm Orton effect.

There is no single answer as to how to deal with distractions. I use one or more of the following techniques:

When taking the photo:

Here are my current preferences:

First I would like to simply get a single shot without people. This involves a considerable amount of patients. I put my camera on a tripod, set up the shot; taking test shots to be sure it is correct. Then wait. How long I wait depends on my mode, the temperature, and how realistic it really is to get a clear shot. I guess that 10 to 20 percent of the time this works.

I have only had two occasions that I could use the second method of having assistants clear the stage. Both were at the Upper and Lower Antelope Canyons.  I liked it and surprising enough there were no problems. If only I could train my traveling companions to do this .. Dream on.

Another method that sort of works is to shoot very long exposures (30 seconds or more). This is effective in eliminating fast moving things. It works for cars on a street as well as people. The problem is if someone decides to stand still for a while then move on. They can become “ghosts” in that you can see a faint image of them but still see the background, also faint. Also, if the people are wearing bright clothing and/or are moving slow, you can end up seeing a color “smear” through the photo. The key to making this method work is in the exposure time. The longer the exposure the better it works. I think the minimum exposure should be over 60 seconds and 2 or 4 minutes is better! This is a fun technique for some city street shots, giving them a ghostly look of empty streets that should be very full of cars and people (especially if exposures of an hour or more are used).

The last approach (and my favorite) while taking the photo is to put the camera on a tripod and take a series of images over a period of several minutes. Then process them in Photoshop. Like in the long exposure method, the time frame for the multiple exposures can be several minutes. However this can be reduced by actually watching the stage and the movement, then taking shots after people have moved to different locations. The trick to get at least one shot with each area clear.

There are subtle differences between the last to methods. The long exposure will smooth out water and often give moving clouds an interesting look. Normally it also requires the use of a very strong neutral density filter (I use a ND1000, which often is not enough!). Windy conditions around trees and bushes can create weird things.

The multiple exposures method will show the scene like a normal photo, just without people or other moving things.  Normally moving item like water will appear the same as when shot at normal shutter speeds depending on the Photoshop blending  technique used to combine the images.

I am not going to launch into a Photoshop tutorial. There are thousands already on the internet. I simply want to open your thinking about photography and provide ideas on how to peacefully deal with swarms of tourist and other photographers enjoying the same space you are trying to photograph. I am also providing some course direction to the post processing techniques available.

The important take away from this tutorial is to think about the photo before taking it. Do you want the people in it? If not, what do you plan to do the not have them included?
viagra fiyat