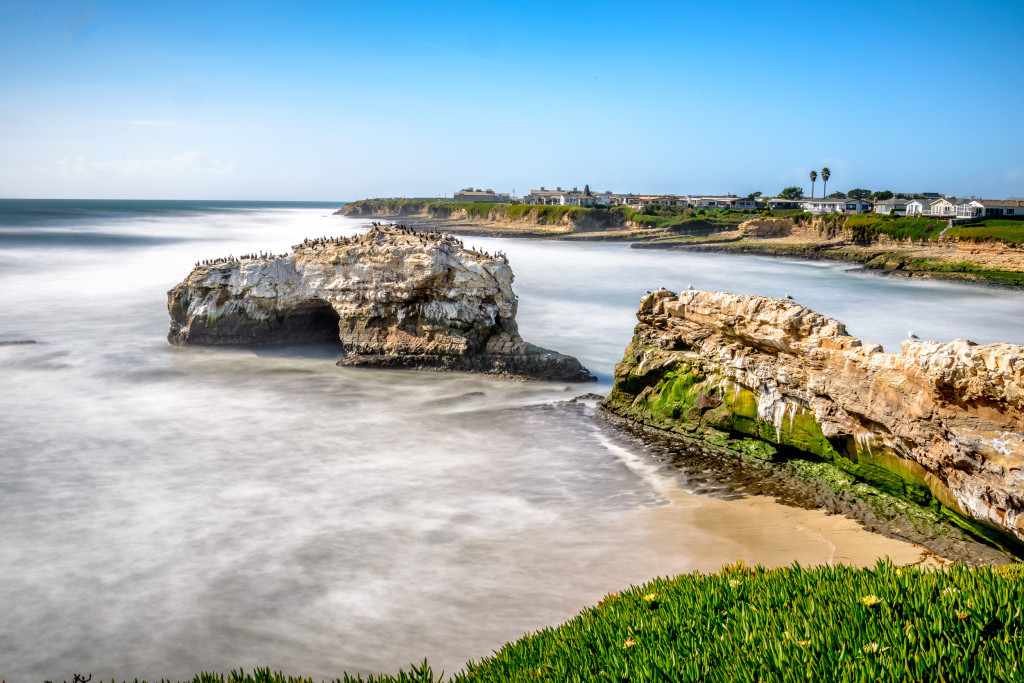 Using exposures from 30 sec to several minutes can create very interesting photos. If the photos involve water the effect is to do a super smoothing. If the area has a lot of people moving around, they become invisible (as long as they do not stand in the same place too long).

Shooting requires a good tripod, a strong neutral density filter (I use a ND100 Haida filter), and a cable release with a bulb lock. I put the camera in Manual mode and set the exposure to “Bulb”. Next I set the ISO to as low as the camera will go (on my D800e that is “L1.0” which is lower than the lowest value of ISO100). Depending on the light I then make a few test shots to figure out the exposure. I generally end up at a high f stop (like f22 or more) and an exposure time around 1 min for a starting point. When making changes to the time remember that it takes large changes to make a difference (from photo 1A, to make a 1 f stop change requires a doubling or halving of the time. So with a 1 minute exposure, make adjustments like 2 minutes or 30 seconds.

It is impossible to compose and focus the photo with the ND100 filter attached. So set up the shot before putting on the filter. One thing I have also noted is that dust or moisture on the filter will have a much larger effect than in normal photos. Carry a micro fiber cloth and keep the filter clean. During post processing spend a lot more time looking for “sensor”dust and in more of the photo than the sky. Stuff on the ND100 filter looks like sensor dust (it is more of a circle with a dot in the center).

As I mentioned above, moving people become invisible, as long as the move around and do not decide to stand still for long periods of time. Here is what you get in that case (this photo is not complete with post processing and if you look close you can see many of the “sensor” spots): 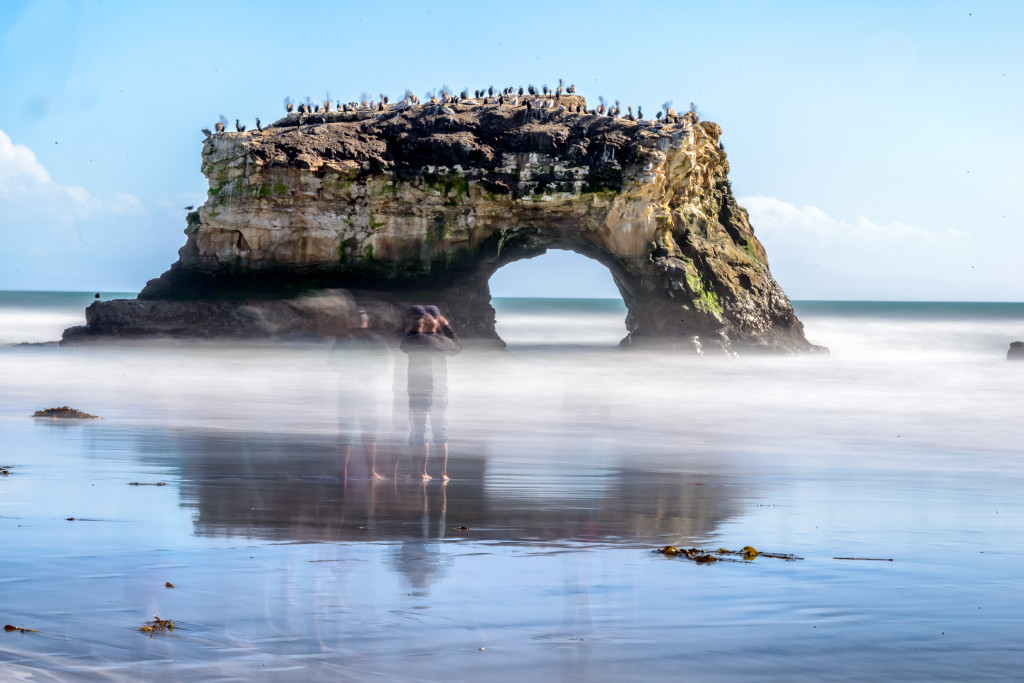 Arch with a semi stationary person

During this exposure there were a dozen or more people running around in front of the camera, but only one (another photographer) stood in the same place(s) long enough to be ghosted in the photo!

I used my standard workflow (early 2016 variation). Like life my workflow changes as my tastes and knowledge changes. This workflow (which will be another tutorial) goes basically like this:

Here are a couple more.

In this photo all of the people kept moving. So did many of the birds. I could have blended in a second faster shutter speed shot to stop the motion of the birds. 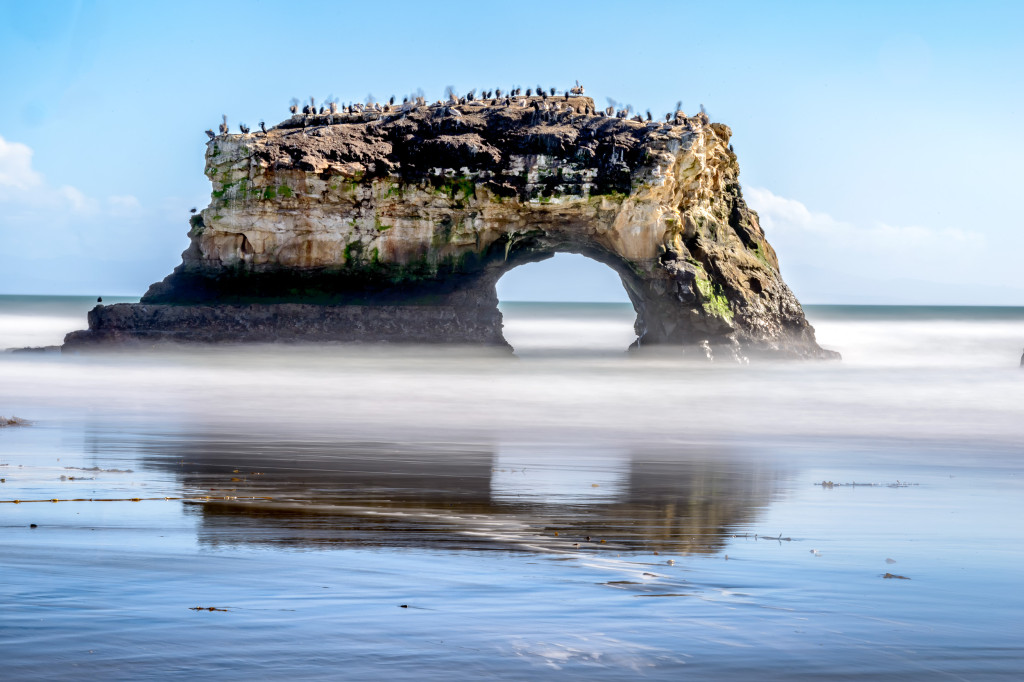 Arch with no people (that you can see)

Here is how the ocean looked a normal shutter speeds. This is actually a digital blend of 3 shots to get more wave action on the rocks. 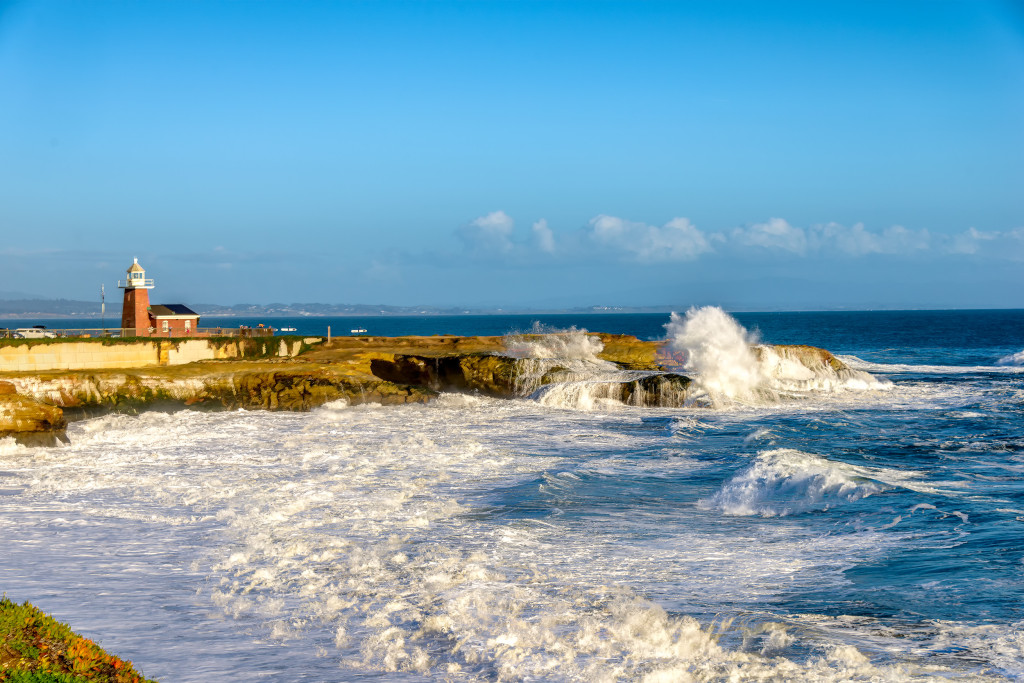 And this is about the same setup but shot for 1 minute. During this exposures there were several sets of waves moving through the image. Although they would be small, you also do not see any people walking along the ridge to the right of the light house. They simply do not show up in a long exposure.